What, according to you, is the toughest chapter of math? Did you say Linear equations? Well, we heard you. Many students share the same perspective towards this particular topic of algebra.

You may have spent countless hours trying to grasp the complex concept of linear equations in vain. But even after hours of trying to figure out the value of x, it probably seems like a wild goose chase to you. But this confusion over linear equations will disappear when you absorb the right (and more simplified, we promise) way to approach the linear equations.

Now, you may ask, how to solve linear equations in a simplified way? So, without further ado, let’s get right on to it.

What is a linear equation?

A linear equation consists of two expressions set equal to each other.

In the above equation

So, essentially a linear equation is any pattern of numbers that are decreasing or increasing by the same amount at every step.

In the above equation as the values of y gradually decrease from  3 to 0, the value of x gradually increases by a fiexd proprtion from 0 to 2.

This means that the only two things that we need to work on a linear equation are where the pattern starts and what that pattern moves by.  This is the core element of this type of equations that you must remember in order to completely understand how to solve linear equations.

Insight on how to solve linear equations

You may have already solved linear equations; you just didn’t realise it. Back in your childhood days, when you were learning addition, your teacher probably assigned you with worksheets to practice, where you had exercises like the following-

Once you’d gained an understanding of how addition works, you knew that you had to put a “6” inside the box.

You need to follow a similar process when it comes to the process of solving the linear equations. In this case, instead of the missing value, you’ll have to find out what goes into x. However, the equations can also be much more complicated, and hence, the methods to solve the equations will be a bit more advanced.

In general, when writing a linear equation for a particular variable, you have to cancel whatever has been done to the variable. We do this to get the variable by itself; in more technical terms, you’re “isolating” the variable. This leads to the equation being rearranged to say “variable equals a specific number”, where the specific number is the answer they’re looking for.

Take this equation as a linear equation example below.

The variable here is the letter c. To solve this equation, you need to get the c by itself; that is, you have to get c on one side of the “equals” sign, and some number on the other side.

( Add, multiple, substract and divide the terms having the same variables on one side of the equation)

This leads to the most crucial consideration with equations. Regardless of the kind of equation, you’re working on, be it linear or other types, whatever you on one side of the equation, you must do the exact same thing to the other side of the equation. In this case, you can compare these equations are like toddlers; you have to be totally, totally fair to the two sides, or unhappiness will follow.

If you need more clarity on this topic, you can check out a plethora of linear equation examples and samples on our site.

An Overview Of The Different Forms Of Linear Equations

Linear equations can take multiple forms, like the standard form of a linear equation the slope-intercept formula, and the point-slope formulas. These forms let mathematicians present the exact same line in different ways to solve your mathematics problem.

This can be confusing for many students, but it’s actually quite useful. You can think of it like this, how many different ways can you write a request for milk on a shopping list? You could ask for white milk, a quart of milk, cow’s milk, or skim milk, and each of these phrases would indicate the exact same product. The description you mention will depend on the attributes that matter the most to you.

Equations for presenting the lines can be determined the same way—they can be manipulated and written based on which characteristics of the line are of interest. In fact, when a different characteristic becomes significant, linear equations can be turned into one form from another.

( Slope of a line: It is the number which estimates the direction,alongwith the steepness of the line, in the equation)

Vertical line with undefined slopes can’t be represented by this form.

Here c signifies the slope of the line and (x1, y1) signifies any point on the line. The point-slope form is applied when you’re given a point on a line, and the slope and you need to derive the equation of the line.

It’s effective in determining some of the characteristics of a straight line. However, point-slope equations can be a little tricky to apply in some algebraic operations. In such situations, it may be wise to turn the equation into a different form, i.e. the standard form.

All these different forms of linear equations can be simplified when you use our linear algebraic equation tool. This tool will save a lot of your time and provide you with accurate results.

Now that you have found a simple way to approach linear equations, you shouldn’t have a problem dealing with complicated problems. Now, you’ll find linear equations to be less challenging and more engaging.

Hire Us To Learn How To Solve Linear Equations

Are you stuck with a complicated linear equation? If yes, then you can gain complete clarity on how to solve a linear equation from the experts at MyAssignmenthelp.com. Whether it’s simple linear equations or any other form of it, our assistance will guide you through every little aspect of it.

Our writers are equipped with the complete knowledge of algebra linear equations. So, you can rely on their academic assistance. These professionals have also maintained a stellar record for producing accurate solutions. You can find out more about how these writers prepare the tasks from the linear function samples and examples.

Aside from the tool for linear algebraic equations, we also have a few other tools that will assist you in solving different types of equations. Some of these tools are- 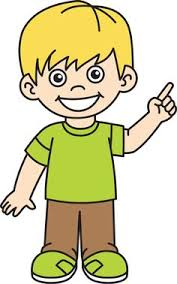